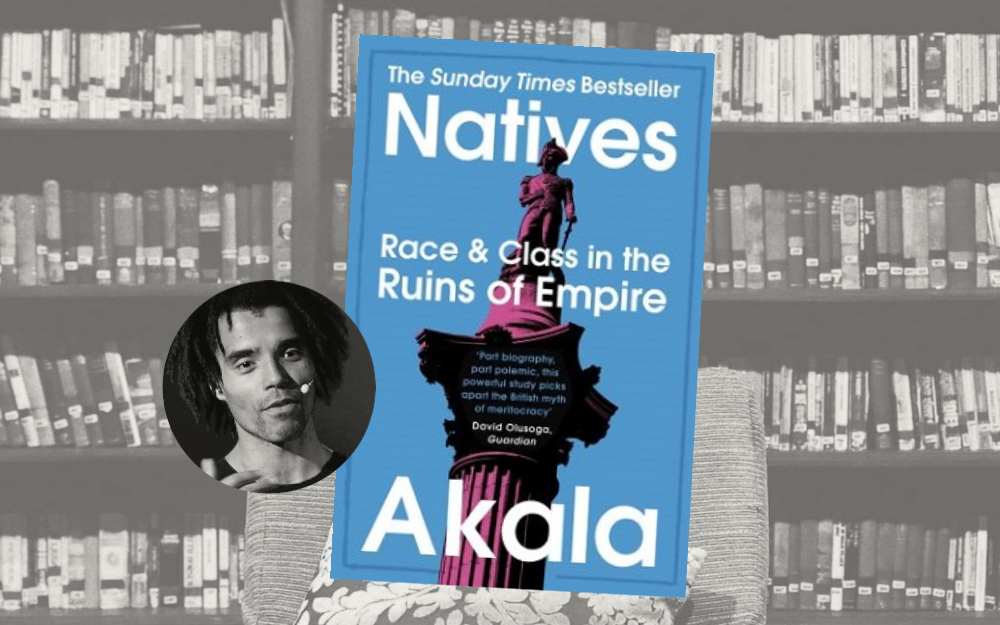 It's here for summer 2020 only: the Young People's Familam book club!

We're kicking off with Akala's book 'Natives, Race & Class in the Ruins of Empire'.

Get your FREE copy of the book posted to your door (see 'Get your free book', below).

Hook up with other peeps every Thursday to discuss your thoughts, hosted by Luton's own Sunrae.

All discussions will be held on Zoom starting Thursday 30 July, 7pm to 7.45pm for five weeks.

He has performed at various UK festivals, including Glastonbury and Reading as well as touring with the likes of Jay-Z, Nas & Damian Marley, M.I.A. and Christina Aguilera, to Siouxsie Sue, Damon Albarn’s ‘Africa Express’ and Richard Ashcroft. He has appeared at numerous UK/European and US festivals (Big Chill, Wireless, V, Hove and SXSW) as well as on collaborations with the British Council arts/music projects in The Philippines, New Zealand, Australia and across several countries in Africa and South-east Asia.

Akala is more recently known for his compelling lectures/seminars, journalism (The Guardian, Huffington Post UK, New Internationalist and The Independent), TV presenting and script-writing and has gained a reputation as one of the most dynamic and literate talents in the UK.

Akala has also featured on numerous TV programmes on Channel 4, ITV2, MTV, Sky Arts and the BBC, promoting his music and poetry, as well as speaking on wide-ranging subjects from music, youth engagement, British/African-Caribbean culture, African history, world history and the arts as a whole.

In May 2018, Akala published Natives: Race and Class in the Ruins of Empire.

The book is part biography, and part polemic on race and class.

The overall ideological framework of the book is a pragmatic, socialist-oriented Pan-Africanism that seeks the liberation of all humanity from oppression and exploitation. At the same time, it highlights the shared problems faced by African communities worldwide in a global system of imperialism.

“Natives ranges widely across history and contemporary politics ... a book with much to say” — The Guardian

“A history lesson of the kind you should get in school but don't ... This is a searing, thought-provoking book” - Stylist

Watch Akala in conversation with Ash Sarkar on his book “Natives"

Get your free book

If you're aged 14 to 30 and from Luton then email johanne@revolutonarts.com with your name and address and we'll post you a book for free!

How to get involved