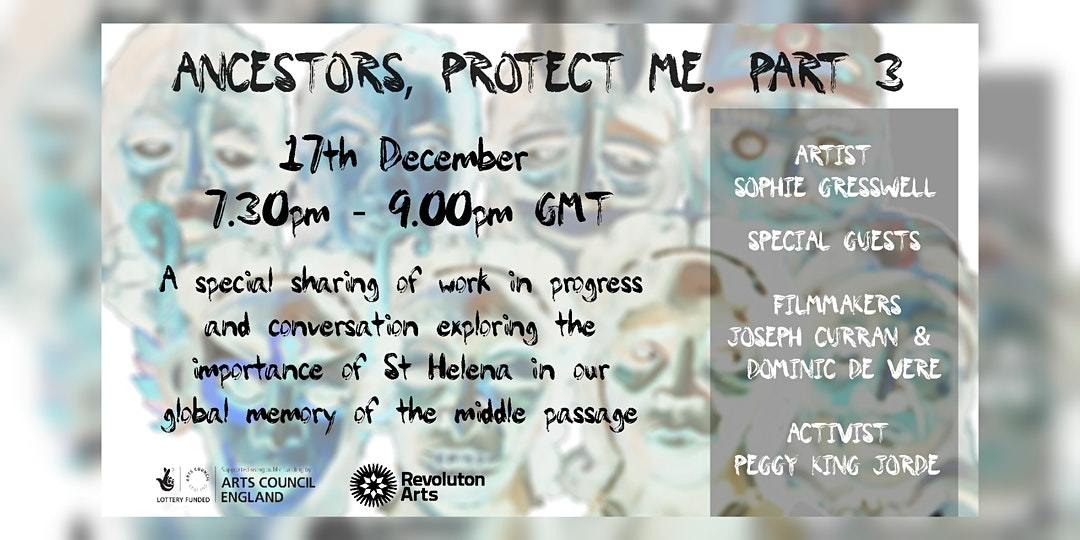 Join Luton artist Sophie Gresswell and special guests for a sharing of her work in progress that have come from her research into the unmarked burial site of approximately 8,000 ‘Liberated African Slaves’ in St Helena — the island where her grandfather was born.

Sophie will share poems and sketches and be joined by guest speakers to discuss the discovery of the burial site, and the global need for action in preserving sites like the one at Rupert's Valley, which is potentially the most important memorial for the middle passage of the Trans-Atlantic slave trade in existence, and should be renowned as such for future generations.

This event is a Revoluton Arts' Black Lives Matter commission.

Last year artist Sophie Gresswell discovered some dark truths about the British Overseas Territory of St Helena, the island where her grandfather was born.

Her most shocking discovery was that the isolated little island with a population of around 5,000 is also the home to a mass unmarked burial site of approximately 8,000 ‘Liberated African Slaves’ who lost their lives during the decades of illegal transatlantic slave trade which survived after abolition.

Campaigning for the preservation and recognition of Ruperts Valley, St Helena has since become hugely important to Sophie’s work.

Leading light in advocating and shepherding New York City in the creation of what became New York’s African Burial Ground Memorial and Interpretive Centre. She is now an advocate for the preservation of the African burial ground discovered on Saint Helena Island.

This event was conceived by Luton artist Sophie Gresswell and is supported by Arts Council England.

Online via Zoom — book to get the link.

Book to get your Zoom link.

Announcement of the recipients of our Black Lives Matter Commission