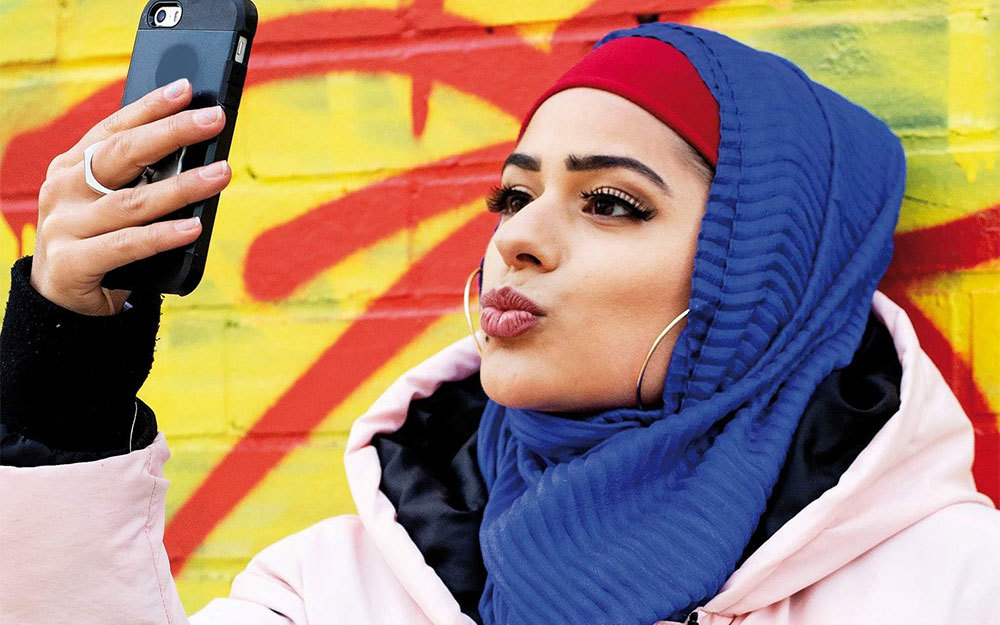 Does My Bomb Look Big in This? - Review

Revoluton Arts offered members of Lantern (a Muslim women’s organisation which aims to support and amplify the voices of Muslim women) an opportunity to see this play at Luton Library Theatre on 11 June 2019.

My vice-chair and I had been asked to speak to the author Nyla Levy some time ago, as she was carrying out research for this play. We were interested in seeing the end product.

I knew Levy, as a woman of mixed Jewish Canadian and Muslim Pakistani heritage, was prompted to write this play as a response to her personal frustrations about the one-dimensional roles that were written for Asian women, and regularly “being cast as jihadi brides and terrorist girlfriends”. This really resonated with us: Lantern is an organisation which advocates for increased, and importantly positive, representation of Muslim women, where our faith is framed as a point of strength and resilience, as opposed to the prevalence in popular media of a contrary one.

The play centres around two friends, Yasmin – played by Levy herself - and Aisha (Haleema Hussain), the former ending up travelling to Syria. It attempts to understand the context in which this happens.

Through a series of flashbacks, the audience are taken on Yasmin’s journey of radicalisation: experiences of racism from school bully Morgan (played by Eleanor Williams), the loss of her mother through cancer and the ensuing uneasy relationship with her father; all regularly juxtaposed with contrary and inflammatory media reports.

It was clear from the outset that Levy had made real efforts to make the narrative appeal to young people, particularly in the use of language and focus on social media.

The onstage chemistry between the two friends felt genuine and helped to create the empathy which the play was clearly seeking to build.

But it jarred with me on many occasions, particularly as I sat watching it with my teenage daughter, who was regularly rolling her eyeballs. “It was all so clichéd and predictable”, she said as we were leaving. I have to agree. With the best of intentions, Levy’s play ultimately succeeds in reinforcing rather than dismissing stereotypes.

It seemed strange to me, that not a single one of the adults in the play, could speak English without a thick accent, given that so many of my peers are second and third generation and much of the humour felt dated – think Goodness Gracious Me of the 90’s.

The poor relationships between the young people and their parents, their inability to communicate and understand one another, also reinforced negative stereotypes.

The play alludes to Yasmin’s taking of the hijab and her interest in politics as signs that she was becoming radicalised. This is in-line with the advice issued in the Government’s much criticised Prevent policy, which British Muslims have found deeply objectionable. Moreover, many of us, alongside human rights organisations and some of the UK’s leading academics argue that it is a direct contributor to Islamophobia and adds to the many structural and institutional barriers we already face. Whilst the play does attempt to pick up on this, the validity of the critique falls flat against a narrative which seemingly endorses it.

As an aside, I am always rather uncomfortable with a Muslim women’s connection with her faith and perceptions of religiosity being tied to her clothing; an idea that was expressed in the play on more than one occasion.

And then there was the ending.

Aisha is encouraged to try and make friends with the racist school bully, Morgan. I know what Levy was trying to do – emphasise the importance of reaching out to others – but this could have just as easily been done the other way around with Morgan realising the error of her ways and seeking to make amends, rather than placing the onus on the victim to do so.

It is clear that Levy has a real talent, both as an actor and playwright. She is right, the constant framing of British Muslim women in the jihadi bride narrative is both reductive and insulting.

The vast majority of us take on the challenges that life throws at us with grit and determination, and make a path for ourselves in this country in spite of it all. And our faith absolutely supports us and motivates in doing so. Let’s hear some of those stories.