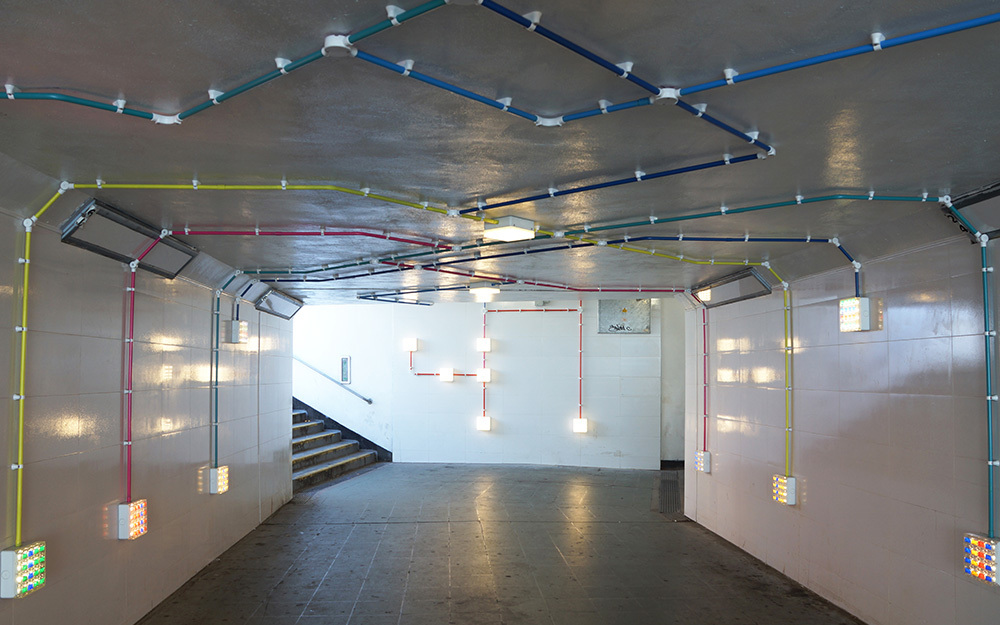 Guest blog by artist and designer Jack Wates on the process of working with local young people to transform Luton’s Wellington Street Underpass.

Our Wellington Street Underpass project took place over several months in 2019 as part of our young people’s programme. It gave young Lutonians aged 16 to 24 the opportunity to collaborate with artist Jack Wates to create a site-specific artwork that would transform a subway in Luton’s town centre.

In this guest blog, Jack explains the process.

Wellington Street Weave is a public realm art project that was commissioned by Revoluton Arts to transform the Wellington Street underpass in Luton. The project was supported by Luton Council and Volker Highways and conceived by artist and designer Jack Wates, who developed the project through a series of workshops with local young people in Luton.

The design takes the form of a weave of colourful conduit that wraps the tunnel to support an array of bespoke Reggiani light ‘cells’. Gentle animation across these luminaires produces colourful shadows that shift gently from wall to wall while improving the brightness and sense of security in the underpass. 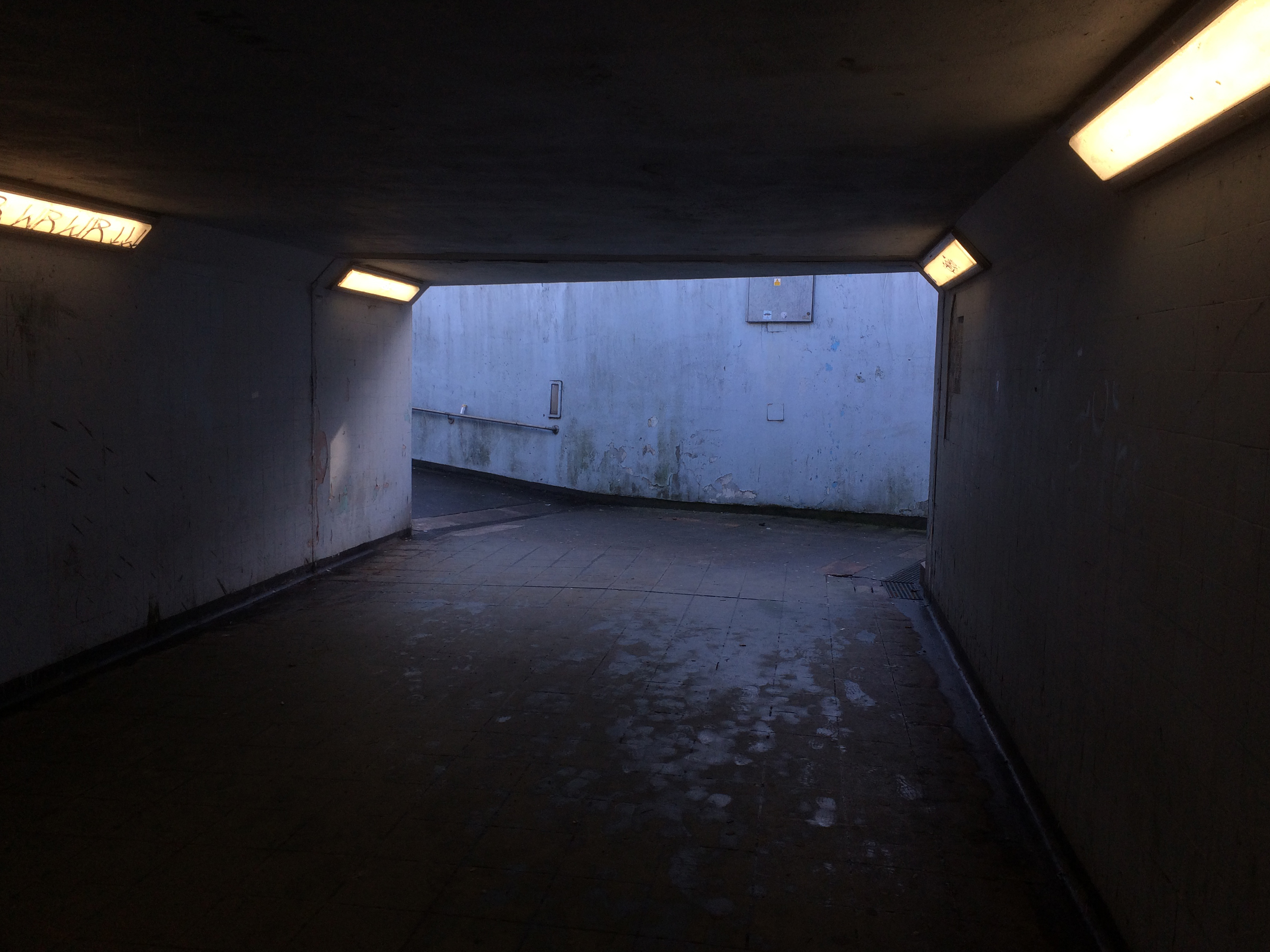 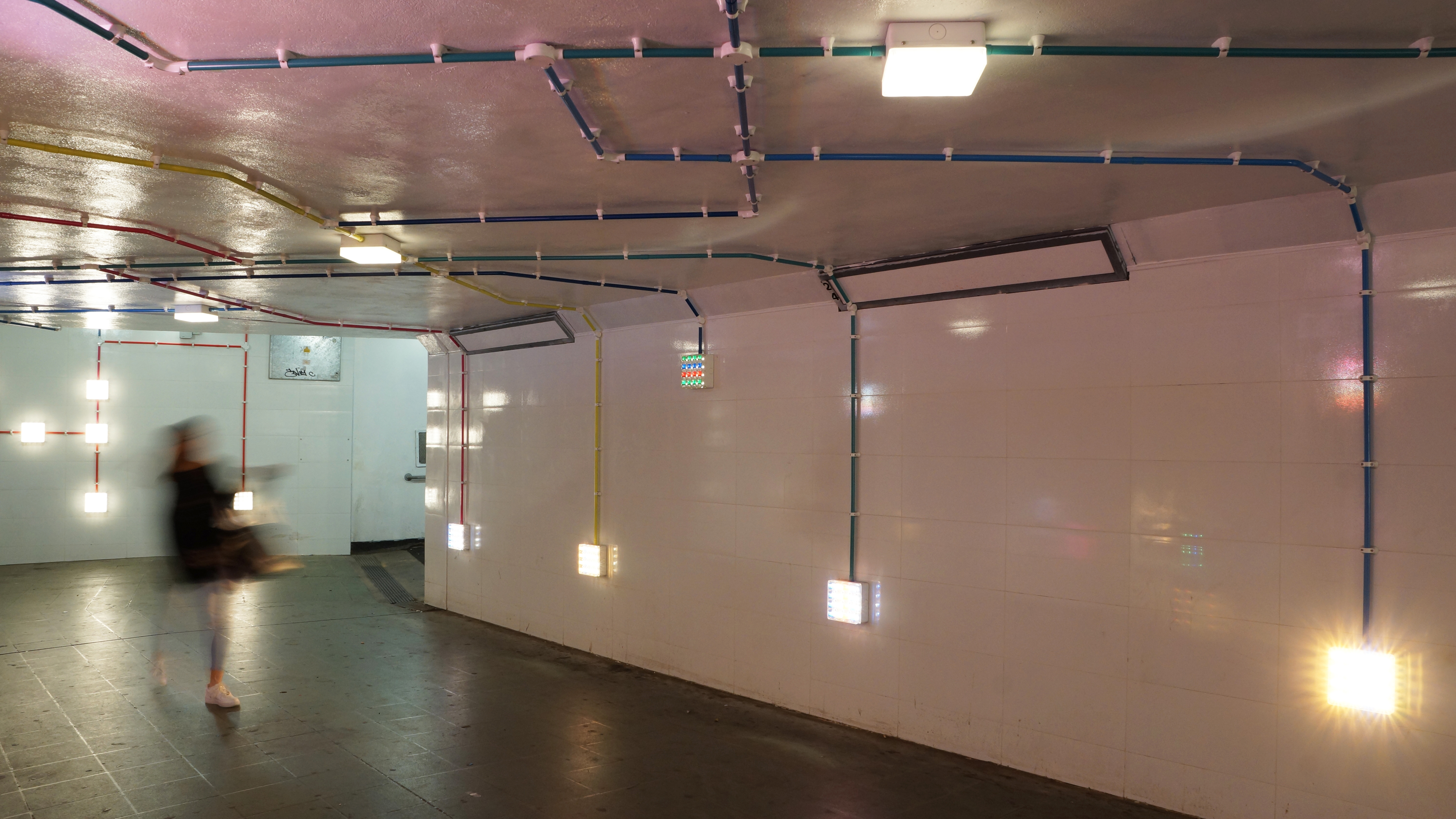 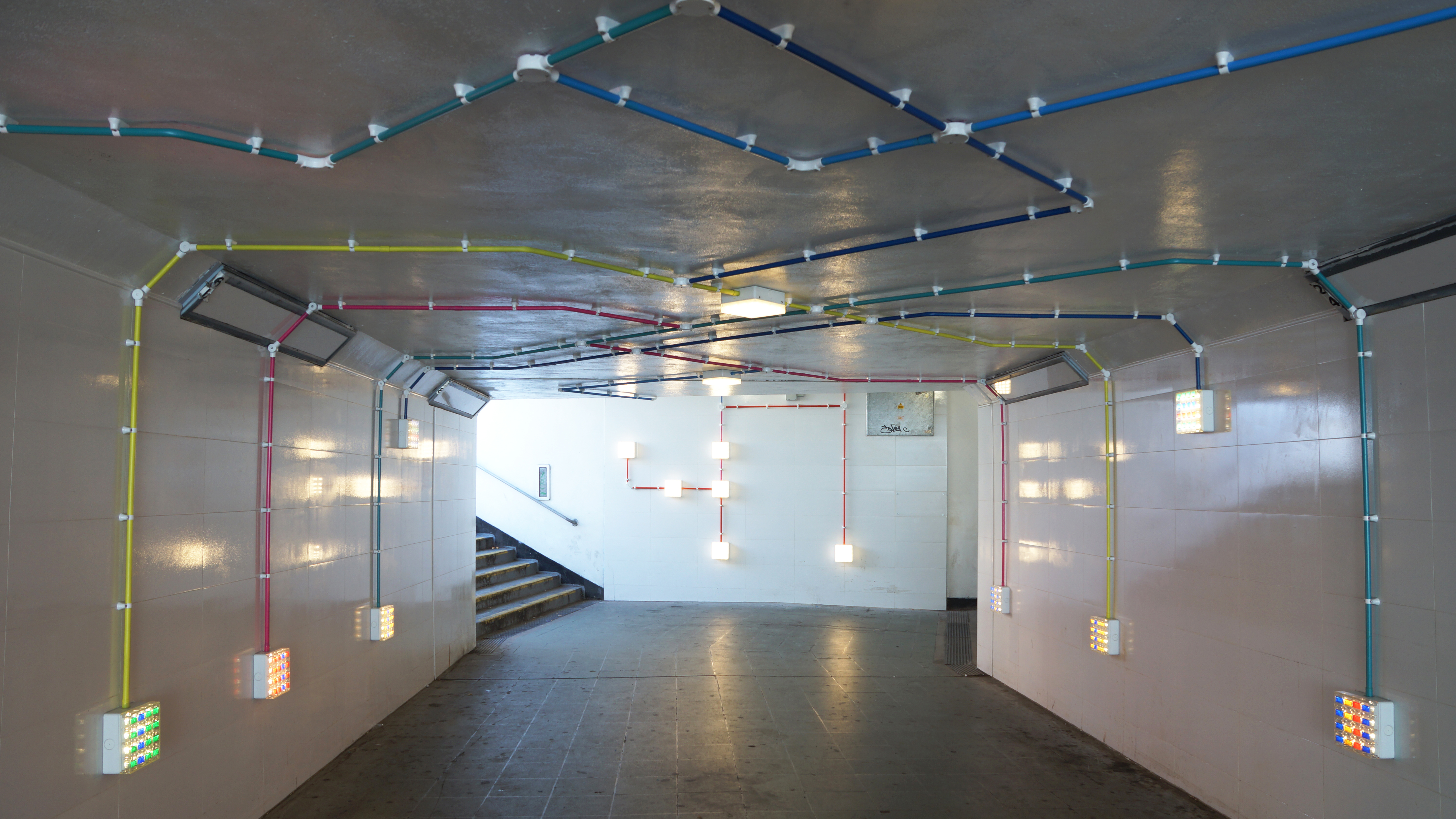 Before and after photos of Wellington Street underpass

A series of participatory workshops were designed by Jack and programmed to allow local young people to engage with a range of design methodologies throughout various stages of the project. They began with a session on-site surveying the tunnel and developed into a series of drawing exercises that explored potential conduit patterns and lighting configurations. This then fed into the creation of a large, scaled model, which was devised to be magnetic to allow different schemes to be discussed and tested quickly as a group. The resulting design materialised as a sculptural weave of conduit expressed as interlocking diagonals on the ceiling plane that become parallel vertical drops on the sidewalls. 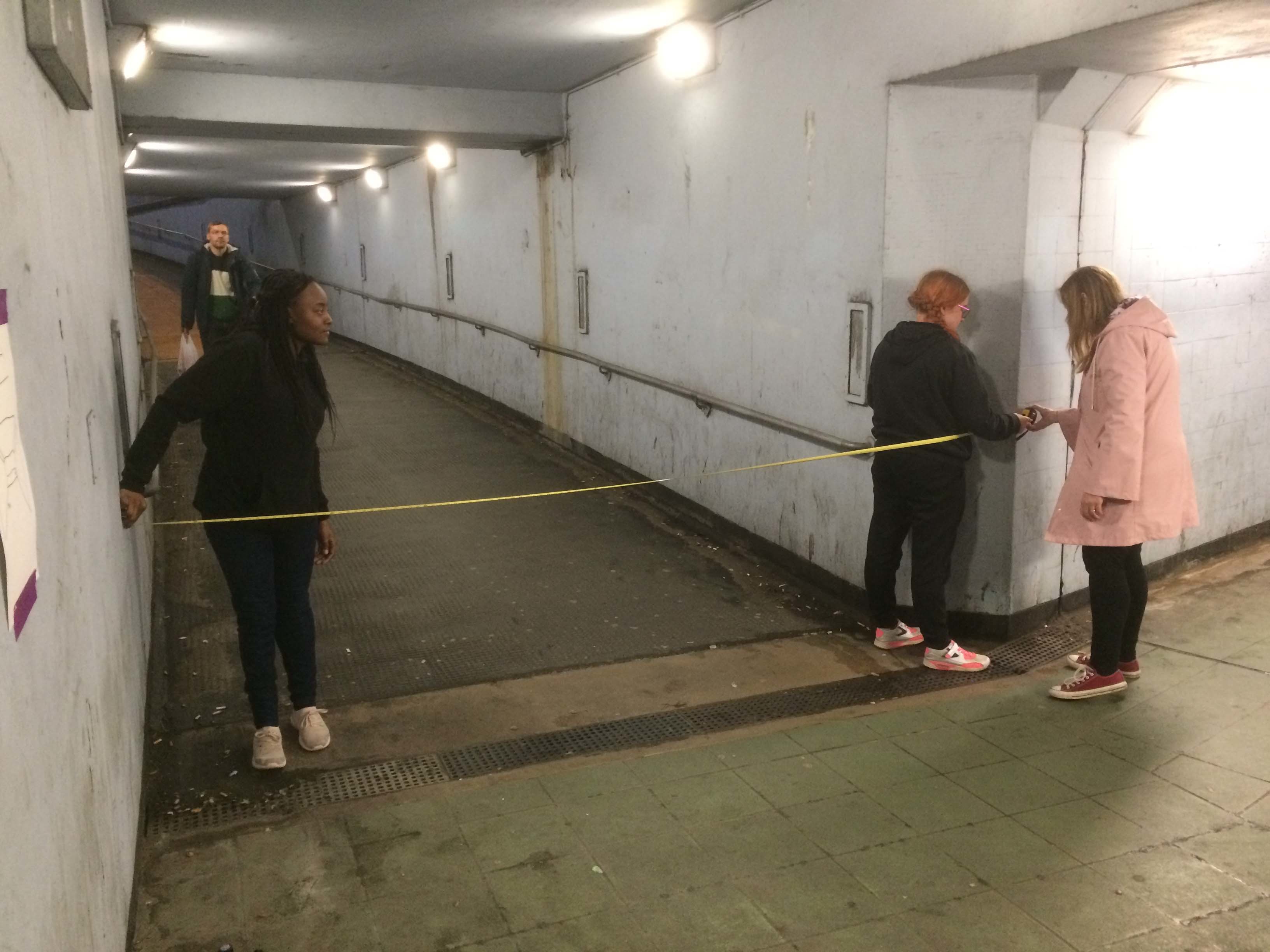 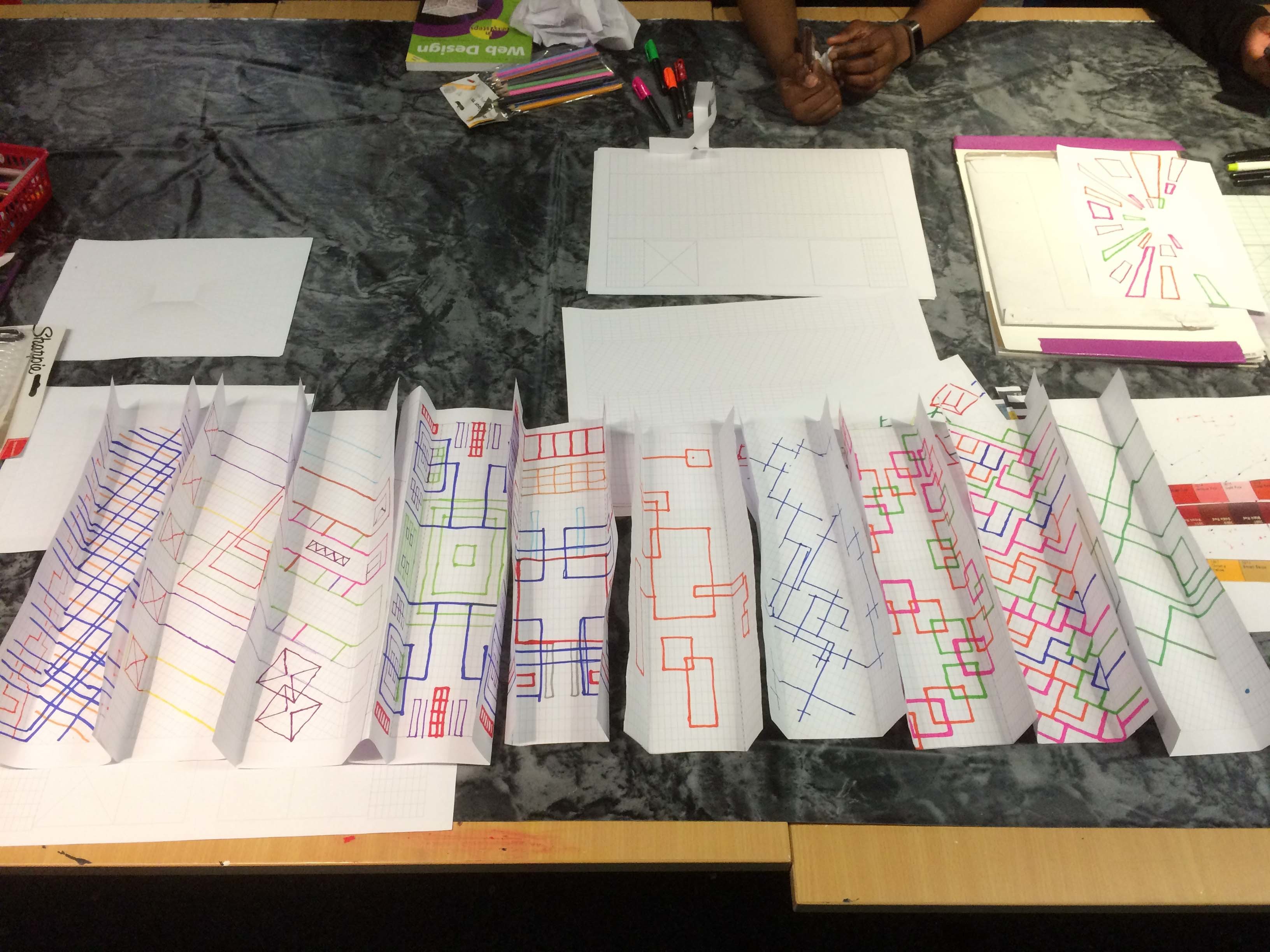 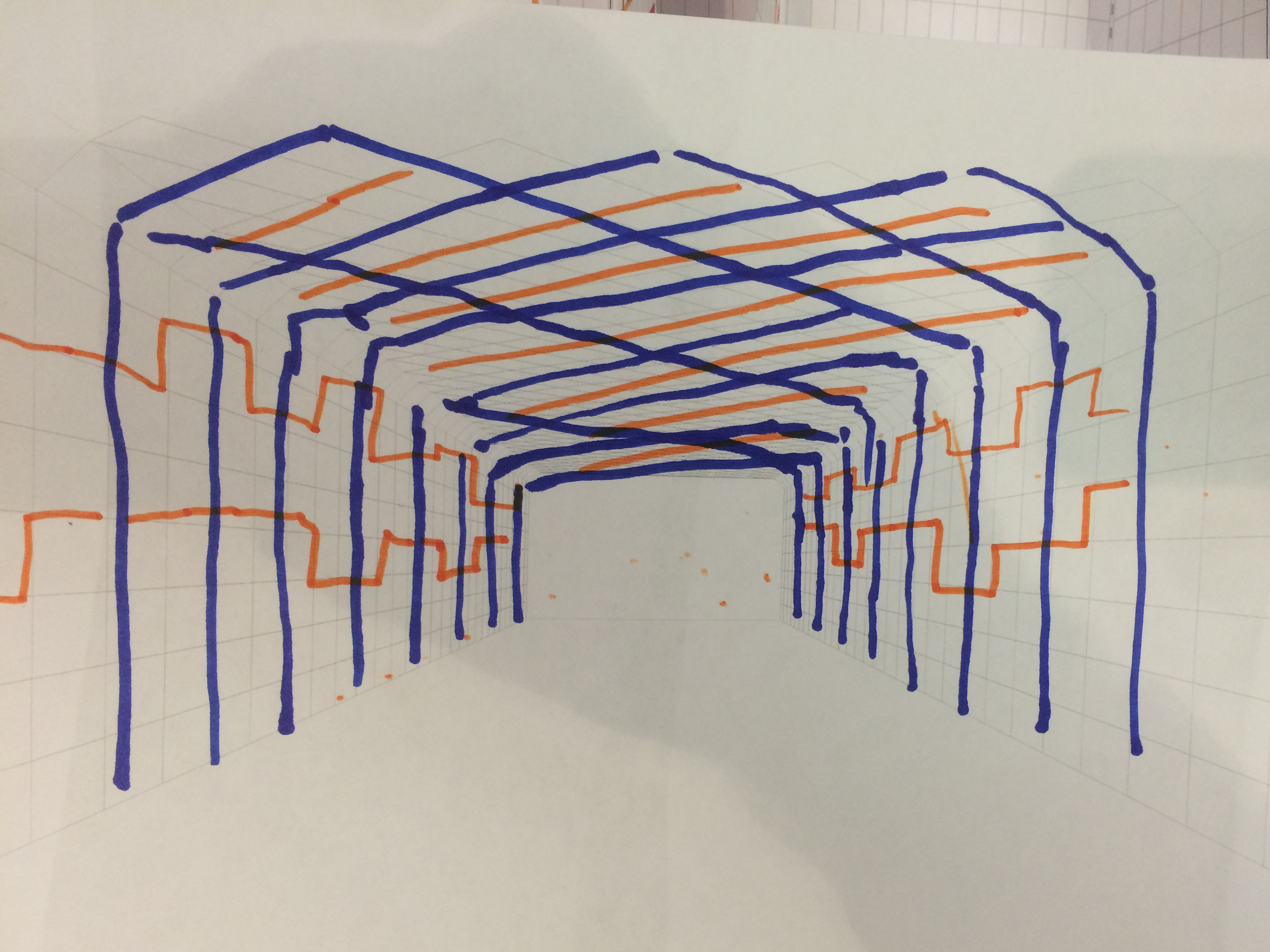 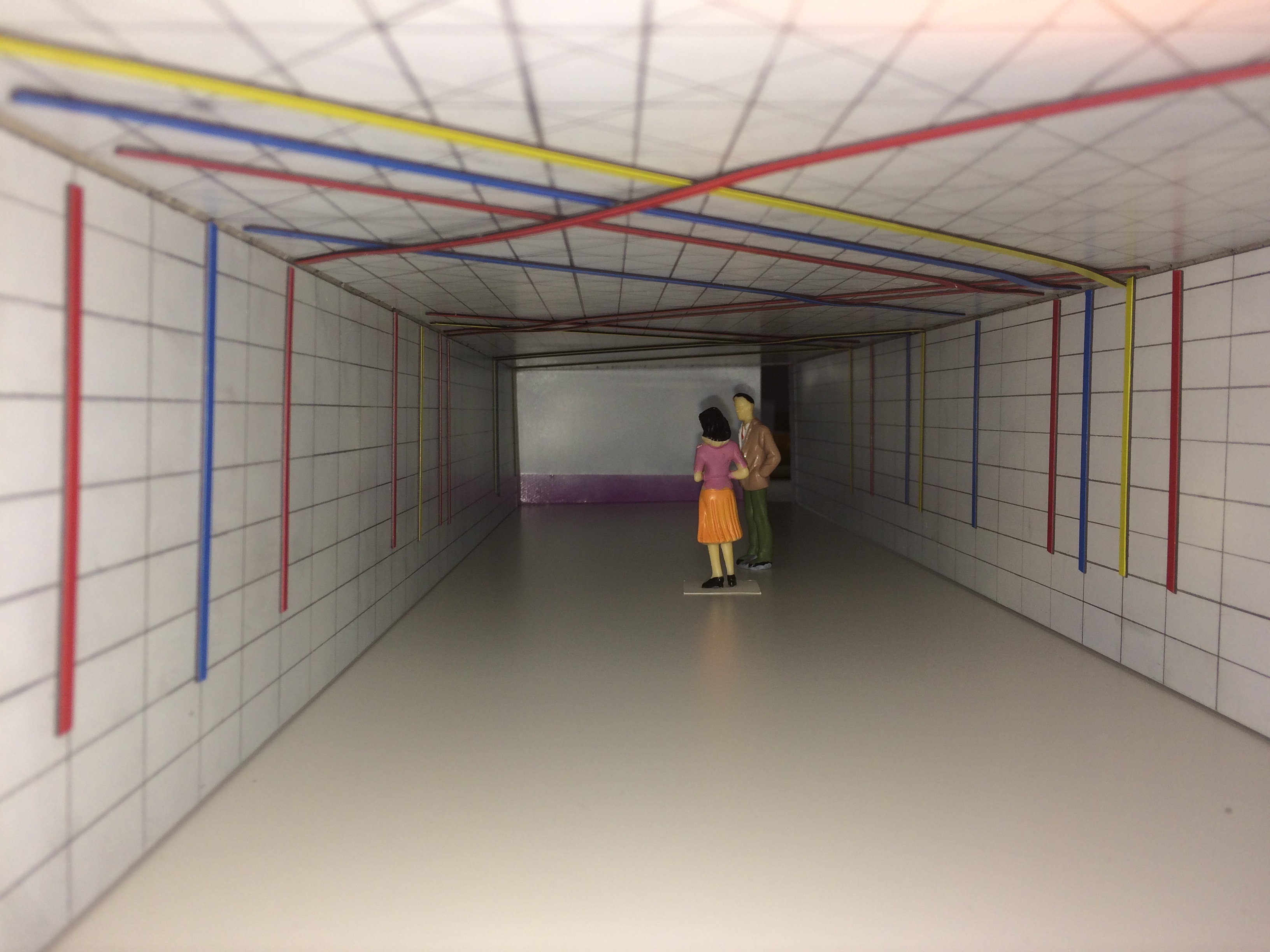 Following on from these workshops, Jack then developed a package of technical drawings specifying the colour and form of the conduit to be installed by local contractor MGT construction. The final conduit design was conceived to match the new white tiling in the underpass on a 300mm x 600mm grid. 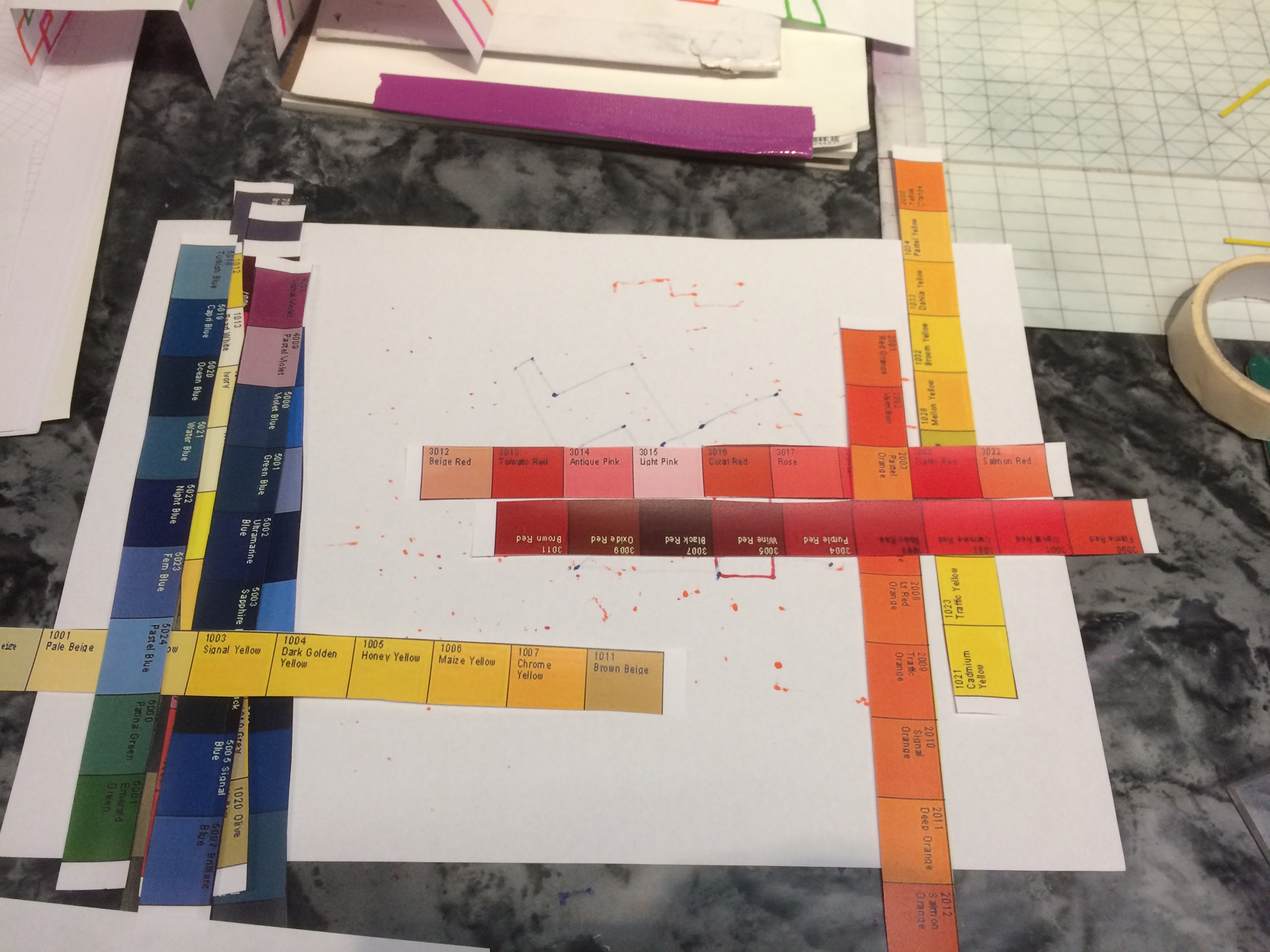 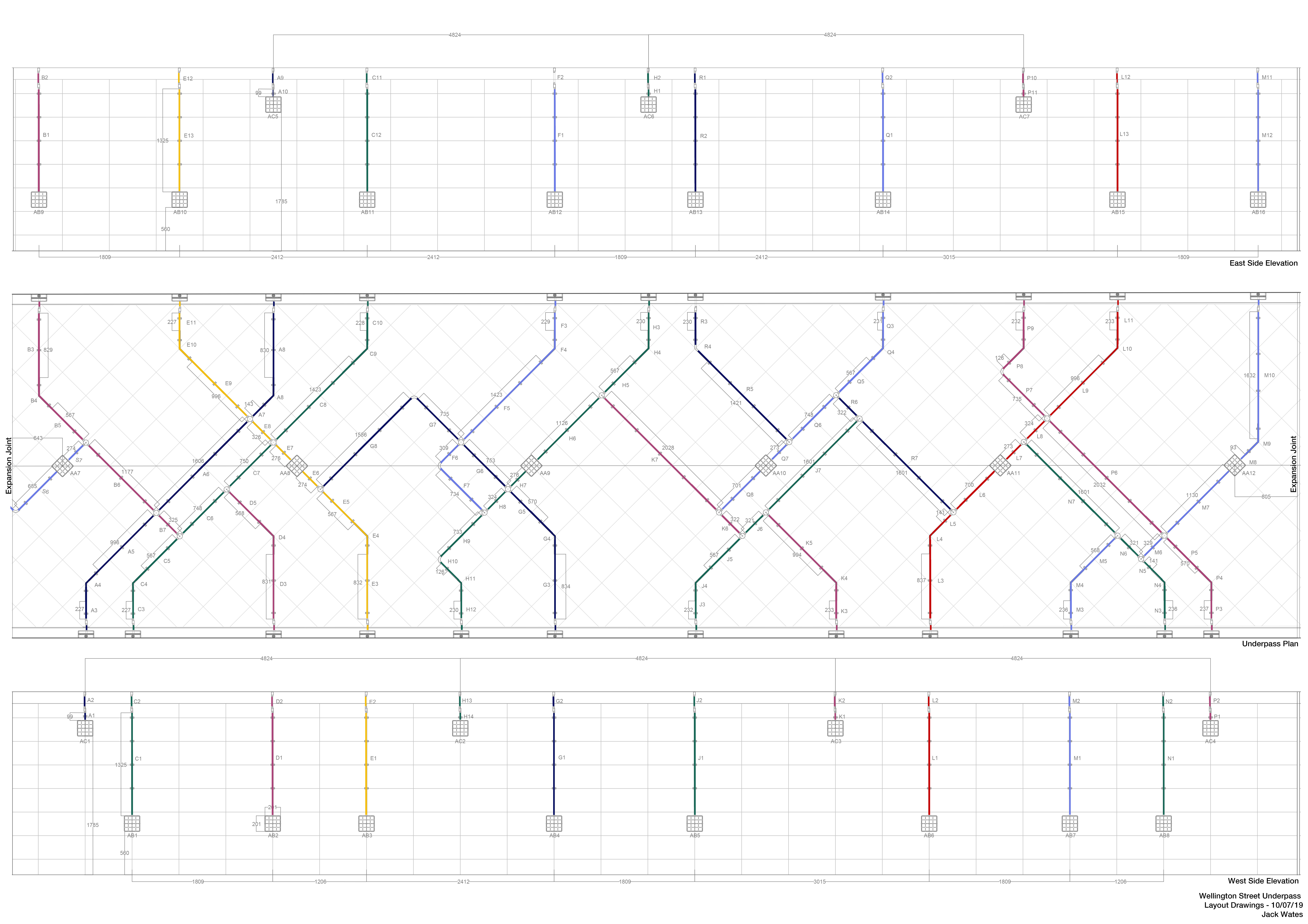 The second set of workshops was about engaging participants with the practice of lighting design. By working with the versatile ‘cells’ light fitting produced by lighting manufacturer Reggiani, many different configurations of colours, reflectors and diffusers could be explored. Through the testing of different reflectors (circular, rectangular and asymmetric), comparisons could be made between the lit effect that each would produce, as well as the issue of glare when mounted at different positions on the wall. This led to a final configuration in which light fittings with an asymmetric-beam distribution were used high up on the wall to light the soffit of the underpass while fittings with a rectangular-beam distribution were placed low down, to light the opposite wall while minimising glare. 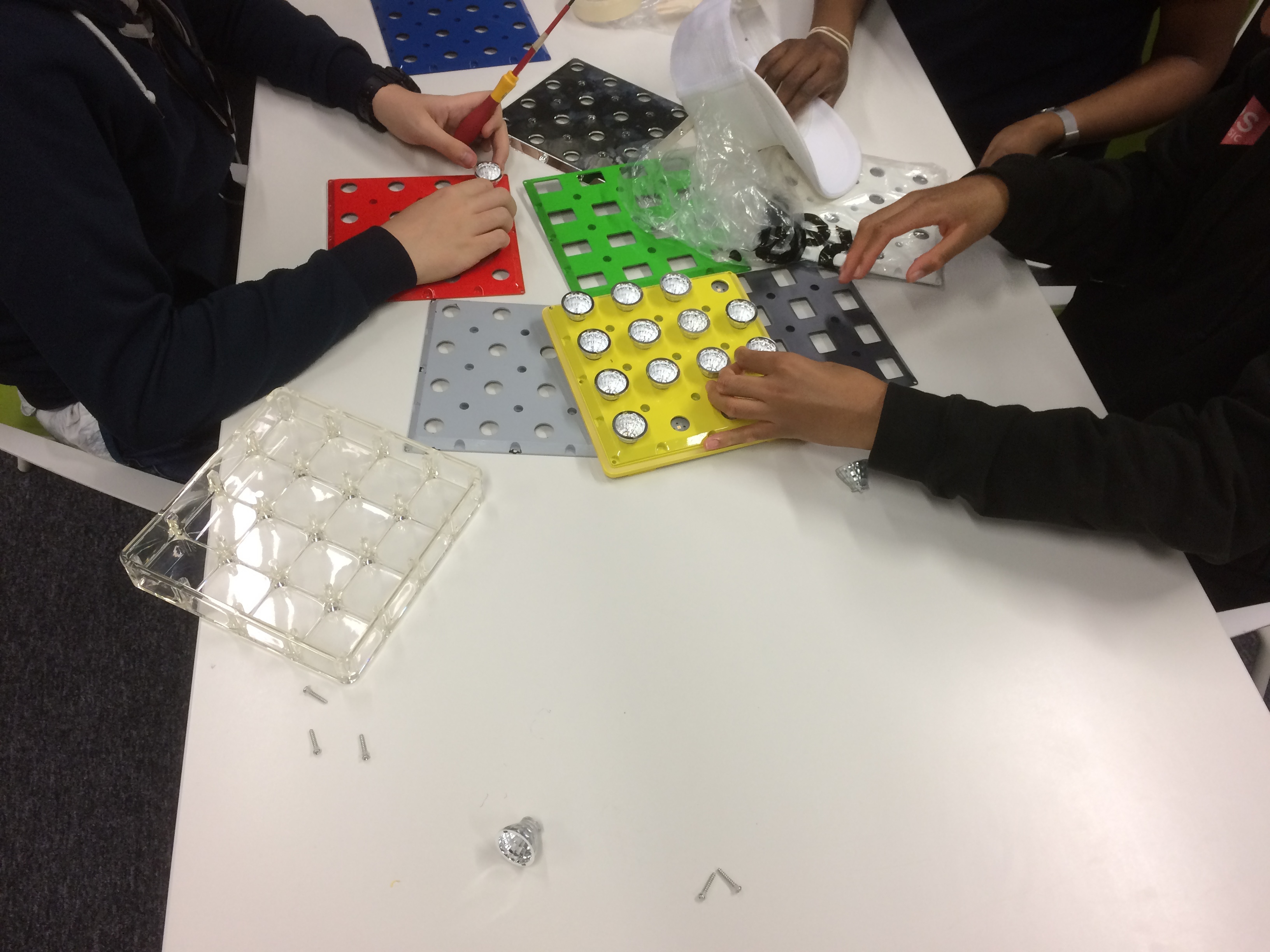 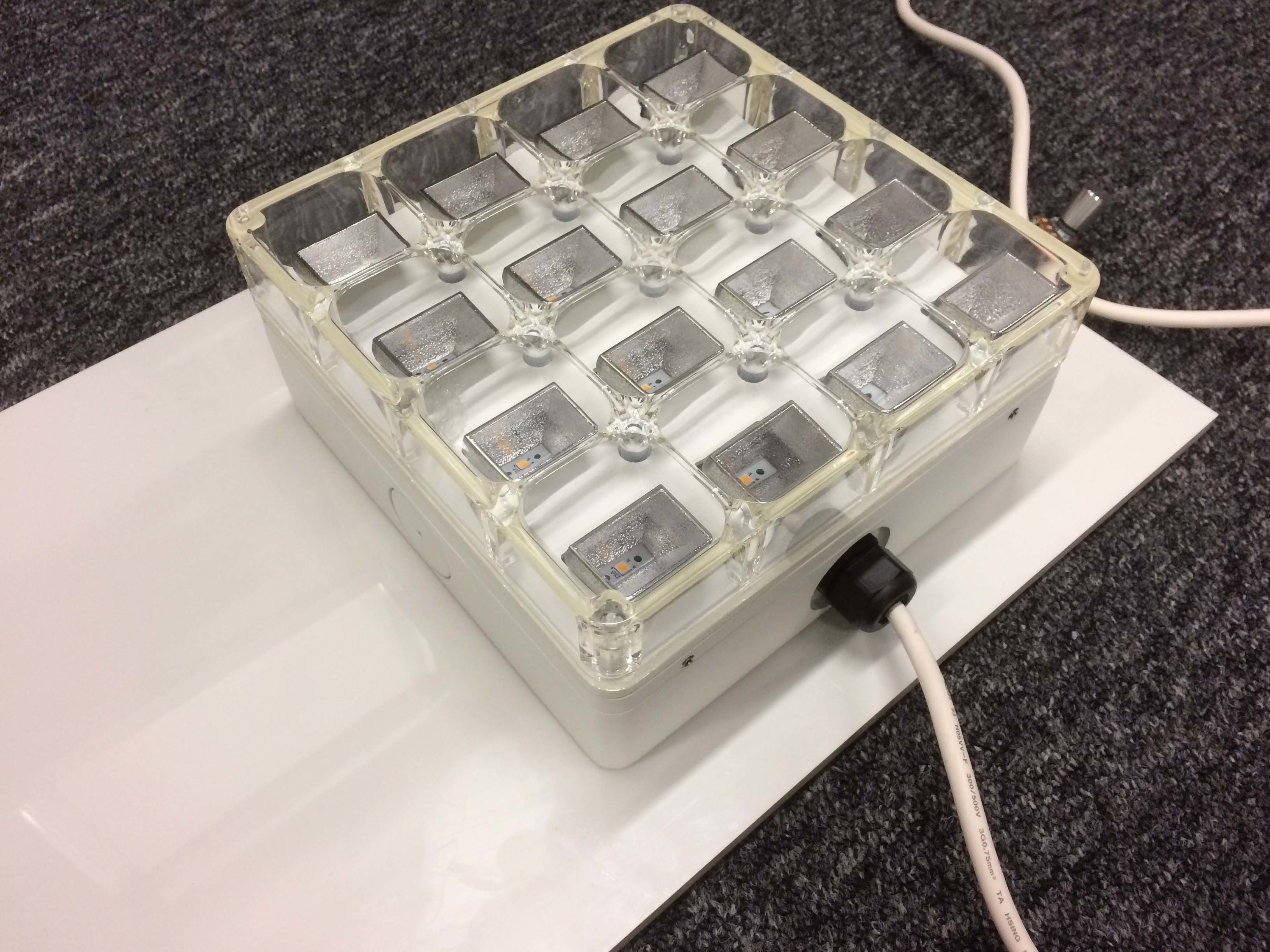 These workshops were also about exploring light and colour. By affixing coloured gels to the front of each of the 16 individual reflectors the concept of colour mixing was explored. The aim was to produce white light in the space while producing coloured shadows on the walls and ceiling. This was ultimately achieved using balanced combinations of blue and amber in some fittings and red, green and blue in others. Jack worked with the manufacturer Reggiani to produce bespoke coloured glass lenses to affix to each of the fitting’s 16 reflectors. 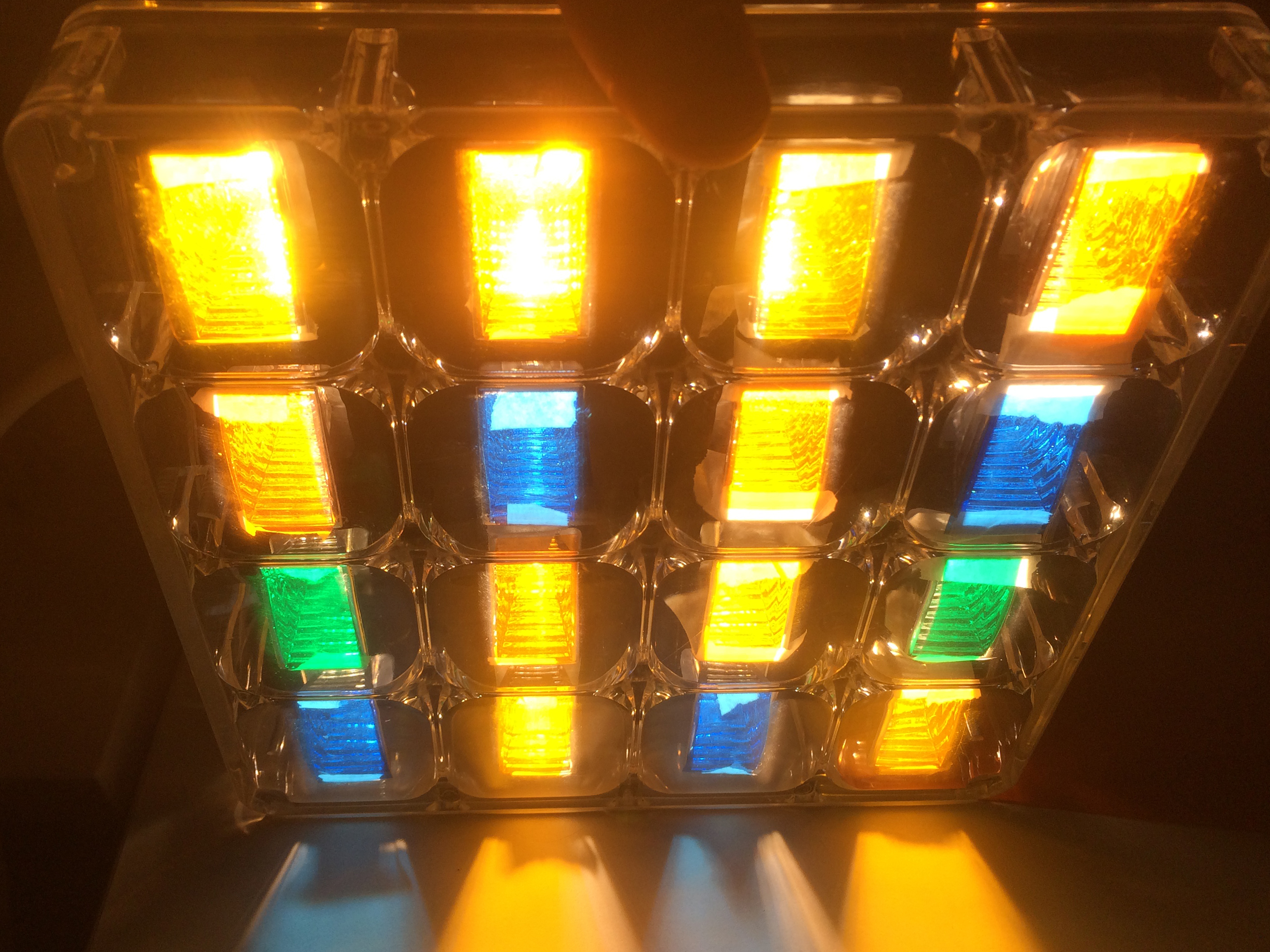 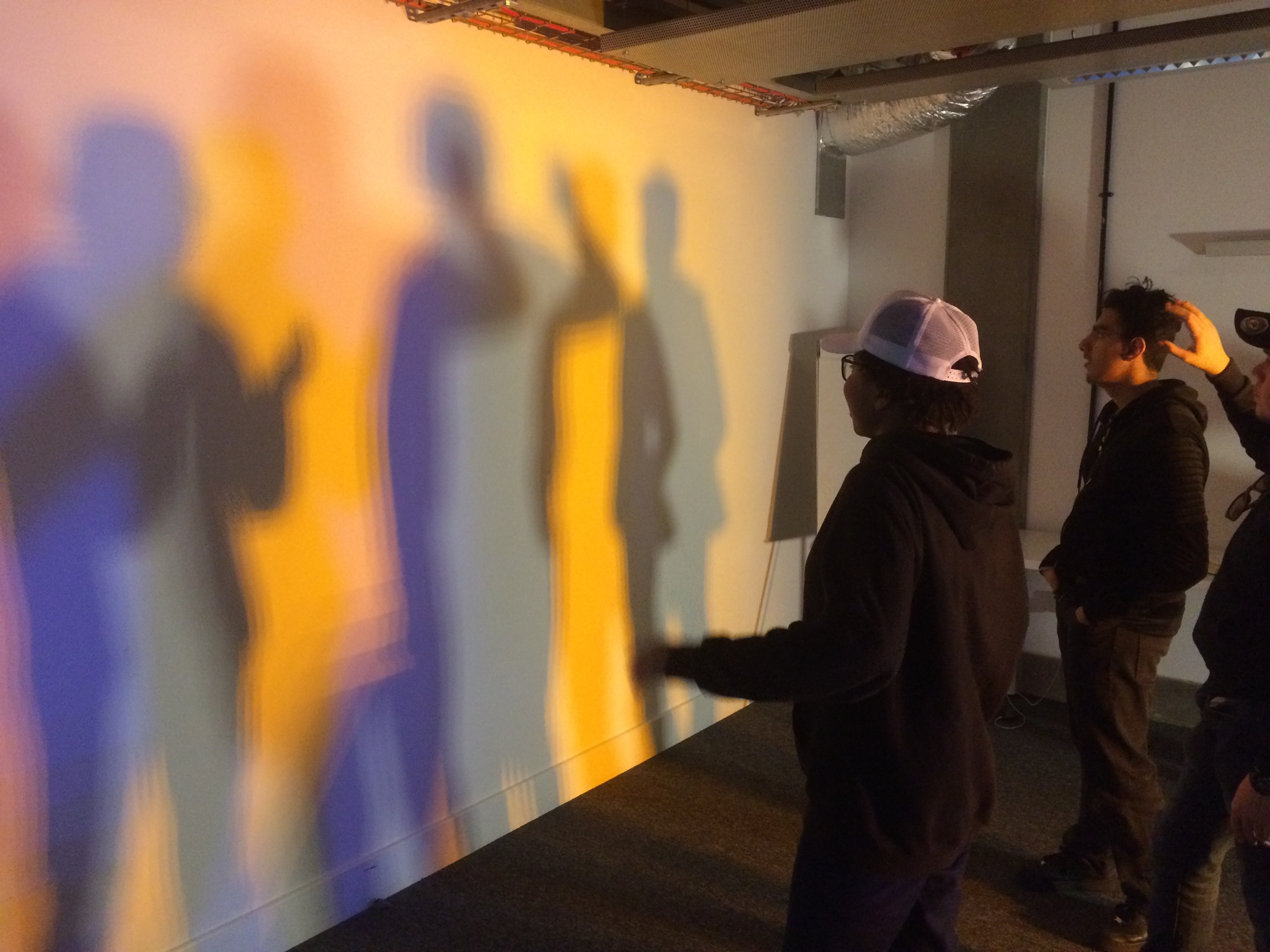 As the tunnel fills up with more people the strength and saturation of the coloured shadows increases naturally due to more of the fixtures, which naturally act to wash out the shadows, being blocked by people’s presence. The fittings were designed to dim in particular patterns to create the sense that light was moving gently from one wall to the other and Jack worked with lighting consultant, Enliten, to configure the programming in the tunnel. The lights on the ceiling and both end walls were specified to have diffuse polycarbonate faces to produce a background ‘amenity’ layer of white light in the tunnel.

One element of the original brief questioned whether the underpass could be used to house events while maintaining access through it or whether it could become a backdrop to support other local creative projects.

Since opening in September 2019, the underpass has featured in a music video by local artists Sadface the Poet and Lavz. 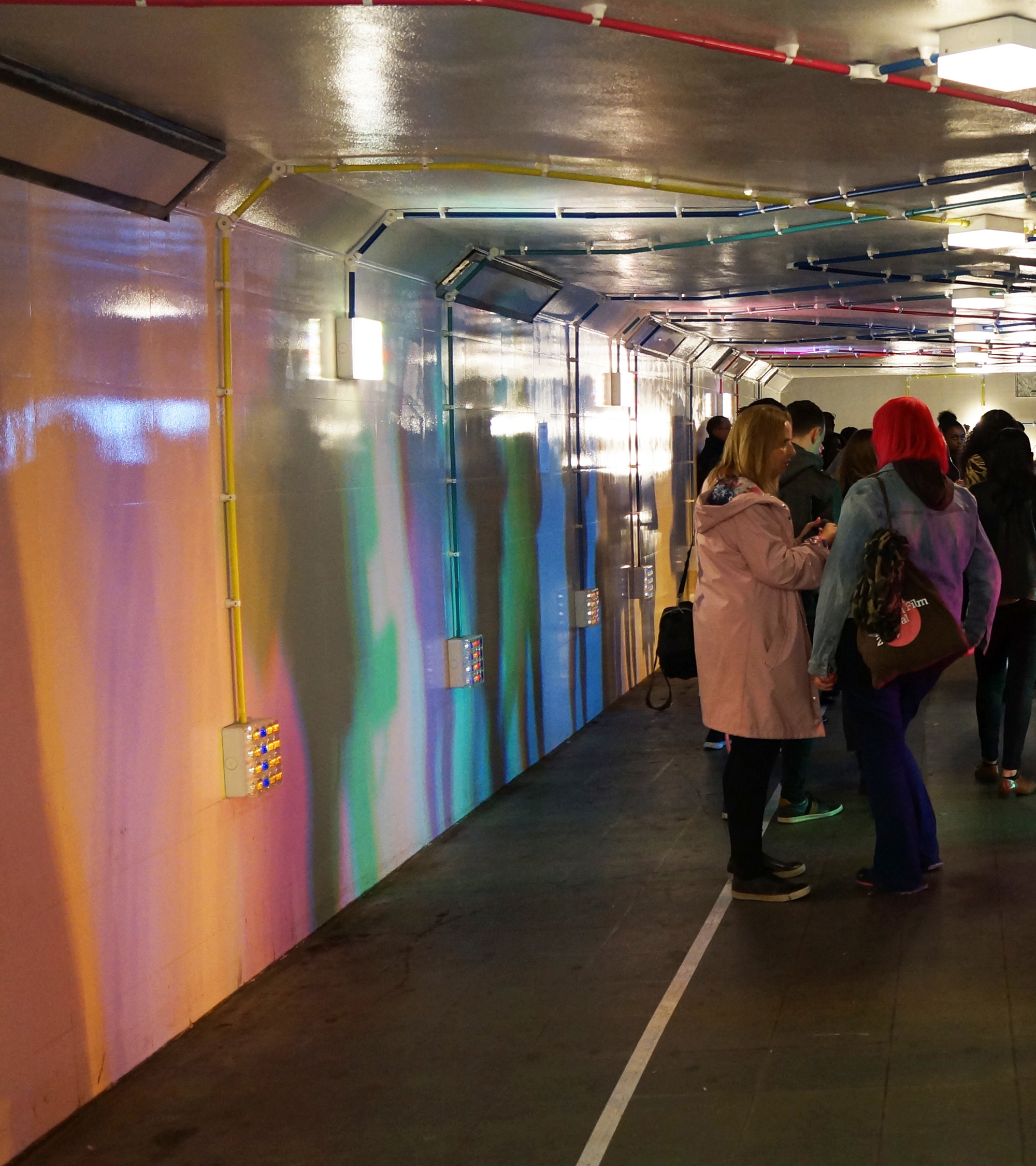 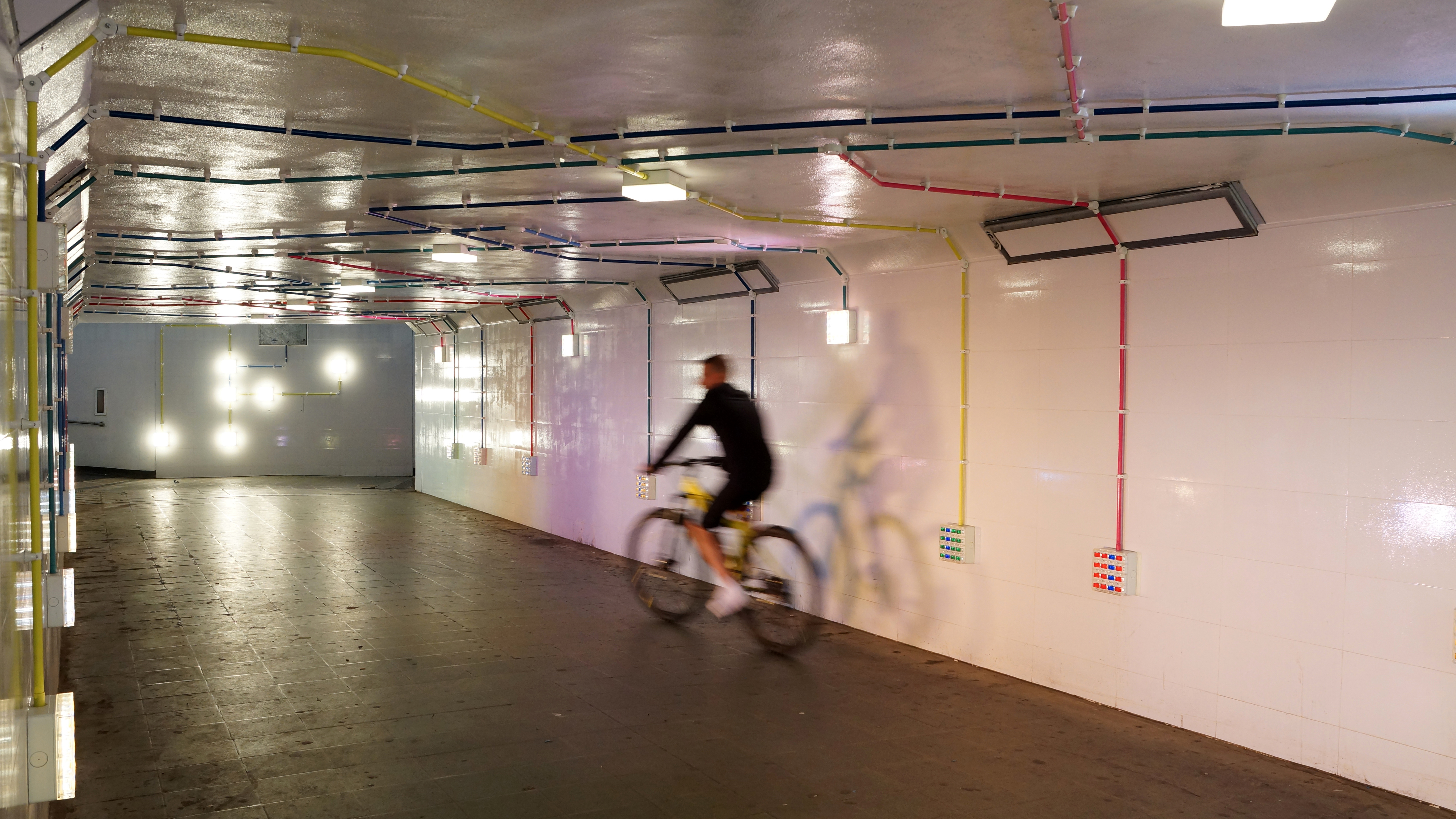 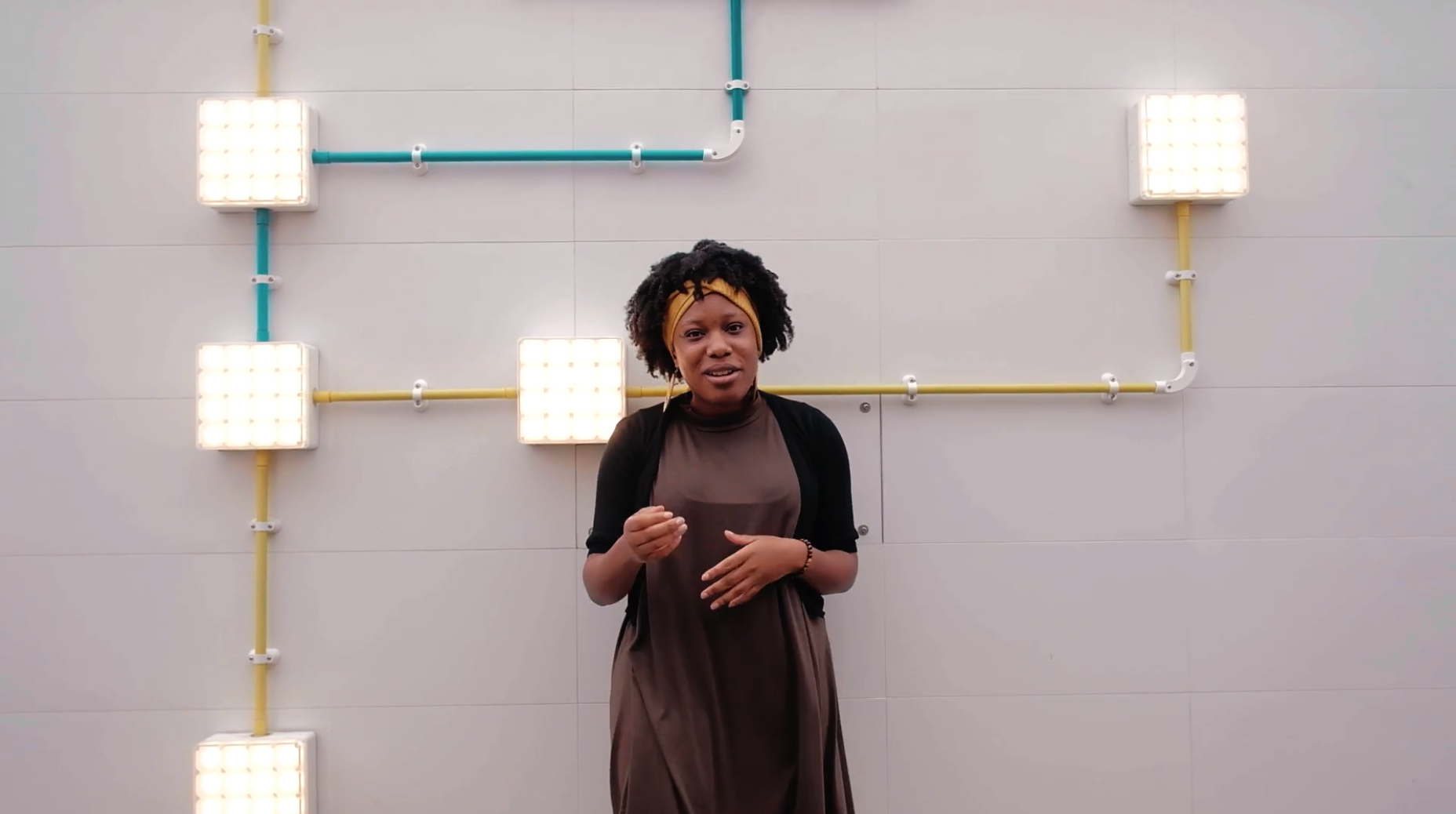