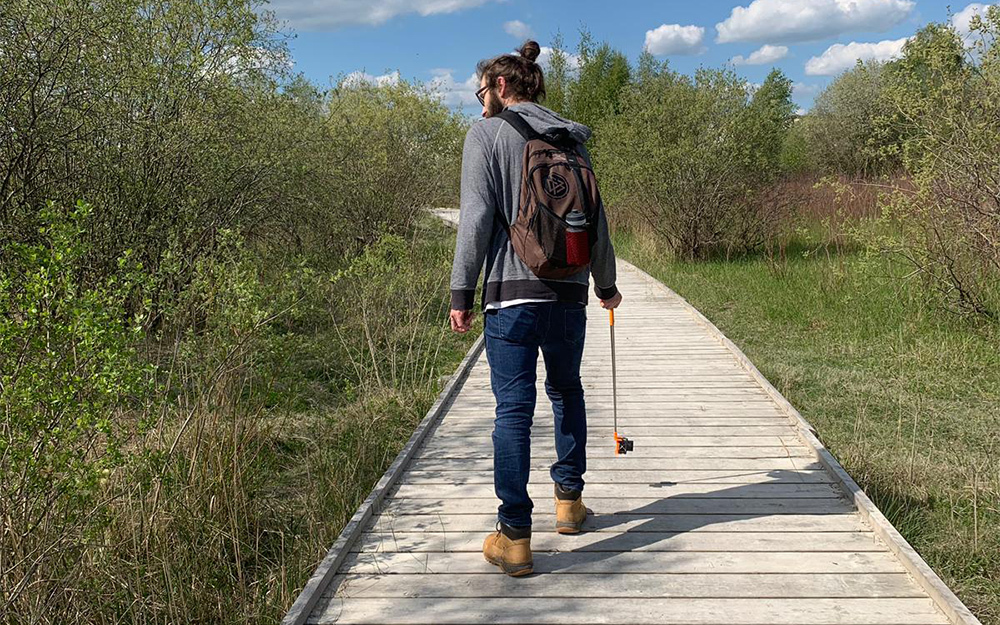 Finding Beauty on the Busway

Around two years ago I started cycling. I figured it would keep me fit and help save some money.

The daily ride quickly became more than a return commute — I started looking closely at vanishing vistas and, with time, stopping to take some photographs. At that stage, I was taking a lot of extreme closeup shots of everyday objects and plants, and spent hours last summer at different locations along the Busway at different times of day.

At the end of last year, I secured a cheap action camera to my bicycle with some gaffer tape and took it for a ride, taking sequences of photographs in 5-second intervals.

I found a few Android apps that allowed me to put those sequences into a video and made Transit - a 60-second abstract stop-motion video.

I kept on taking photographs from my rides but shelved the project expansion until further notice. I couldn't see how I could push the subject matter with resources and time available then.

Revoluton Arts’ Kickstart Mini Commission is my first ever grant for an arts project. Sure, I did a lot of work during almost two decades and participated in a few group exhibits, but never was I offered funds for a project.

I wanted to revisit the theme of everyday commute — memories, familiar surroundings — but make it less about dark abstract vistas and more about capturing the spirit of creative energy building up in Luton: progression, development and change.

I chose to split the video into four parts (seasons?), each with their own colour palette, dynamic and soundtrack, but underpinned with a few common elements.

I composed the soundtracks in the tempo of 120 bpm but each individual track is inspired by different musical styles and gets progressively more dynamic, from lo-fi hip hop beats by way of dancehall, to techno and electro.

Starting with a basic black and white scheme, the animation moves through different colour combinations: purple taken from the Council's branding; orange from the Luton football team's kit; and finally blue and red taken from the coat of arms of the county.

The video is fast-paced and represents a journey in more than one sense — personal journey, changes in town, progression of time.

I hope local residents will find pleasure figuring out the small details left in the video, eg landmarks from around our town.

I was given a carte blanche, which was another first - I didn't have to follow anyone else's brief but my own.

It took a few months to bring the project from concept to publishing and I received more support than could be expected and the whole process went smoothly.

I kept changing and adding elements to the project and doubtless tested the team's patience on more than one occasion, but we finally launched the project at the end of April 2019.

One of the last-minute changes was a trailer I thought to devise a few days before the launch, so that we could publish it and the main video — in four parts — over the course of the week.

Thanks to Revoluton Arts' online reach, In Transit totalled 1,500 views in the first week! I'm still surprised by this number, and that's not the best of it: the video has already been screened four times live in Luton town centre — three times on the Town Hall building itself — and it is lined up to be featured supporting an exhibit by an award-winning artist Sew N Sew.

Revoluton Arts has also given me the opportunity to share my work and experiences on several occasions: from the Kickstart Creative Café presentation at Luton Town Football Club, to coaching the new potential Kickstart applicants and being interviewed by Revoluton’s Digital Bootcamp participants.

The Kickstart programme really kickstarted my creative practice: I'm developing larger projects thanks to contacts made through the programme, I get to share my work and I'm still making video art. In fact, I have just finished In Transit, part 2 which will soon be published and am still working on further parts.